Valletta, Malta’s Capital City, is a jewel. It is also a UNESCO World Heritage Site and European Capital of Culture 2018. “A City built by gentlemen for gentlemen” Who were these gentlemen? None other than members of The Sovereign Military Hospitaller Order of St John of Jerusalem of Rhodes and Malta, now better known as The Knights of Malta. A medieval aristocratic pan-European Order.

The foundation stone of the City was laid by Grand Master Jean de Valette on 28th March 1566, six months after the Great Siege came to a victorious end, for Malta, for Europe and for the hero of the Siege, de Valette, who gave the city his name, hence Valletta. Money and assistance poured into the building of the city by a grateful Europe led by Pope Pius V who sent his military architect, Francesco Laparelli to design and supervise the building, he was ably assisted by the Maltese architect Girolomo Cassar, who took over from Laparelli. Valletta is built on a peninsula, with Grand Harbour to one side and Marsamxett Harbour on the other and looks straight out to the blue Mediterranean. The City is a hustle and bustle of activity with restaurants and cafes where you can literally sit and watch the world go by. 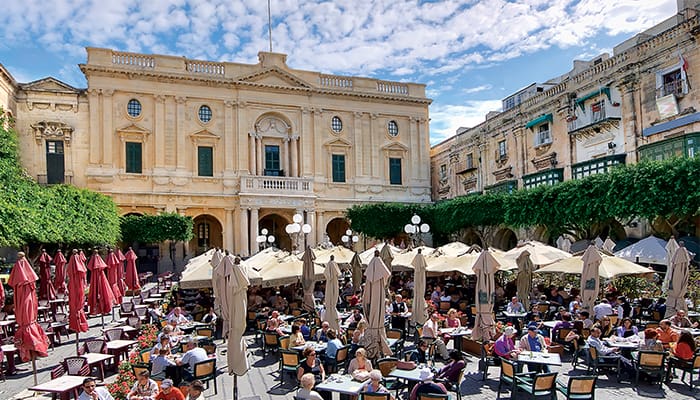 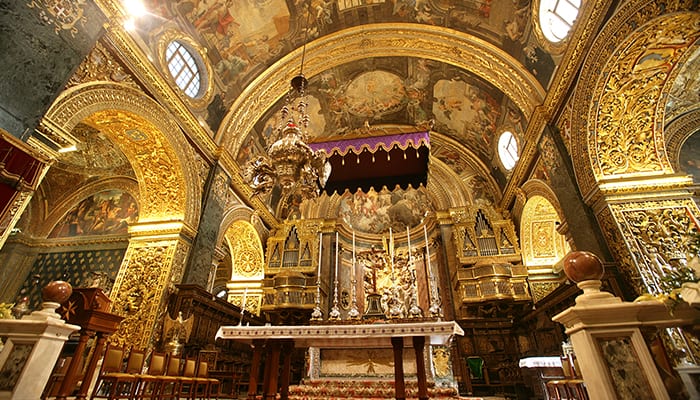 St John’s Co-Cathedral is a treasure trove. It wasn’t always that way, built originally more like an austere fortress, both in and out, the interior was later decorated with Mattia Preti’s artistic masterpieces, monuments to grandmasters, an outstanding altarpiece, sculptured walls and a unique marble floor of tombs. It is a magnificent tribute to The Knights and to Girolomo Cassar.

As if that were not enough the Cathedral’s museum houses not one but two of Caravaggio’s world renowned masterpieces, The Beheading of St John the Baptist and The St Jerome.

The Sacra Infermeria or Holy Infirmary of the Knights of Malta is now the Mediterranean Conference Centre. Built in the XVI century as one of Europe’s leading hospitals, it was streets ahead of its times. It saw its last patients in 1920, after playing a major role in WWI.

Upper and Lower Barrakka Garden. You get a stunning view of Grand Harbour and the Three Cities across the water. Three statues should attract your attention, Les Gavroches and the life size monument to Lord Strickland, both by the world renowned Maltese artist Antonio Sciortino and the monument to Winston Churchill. If you are at Upper Barrakka at noon you can enjoy an enactment at the Saluting Battery. 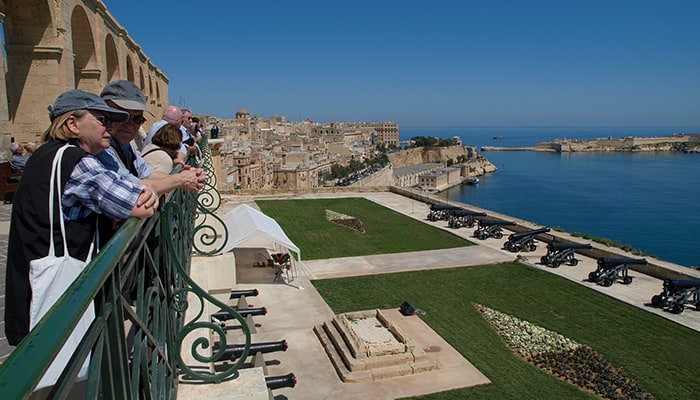 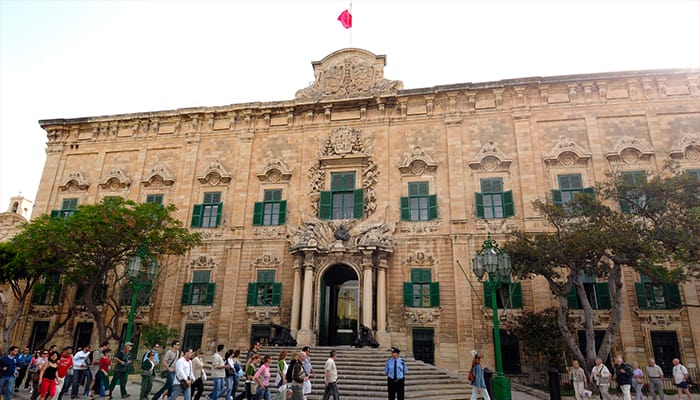 The Auberge de Castille, was originally built in 1570s to house knights from the Langue of Castile, León and Portugal. It was rebuilt in 1740s, by Grandmaster Manuel Pinto da Fonseca, remembered for his extravagance, he has the dubious honour of having bankrupted the Order. This magnificent building is now, aptly, The Office of The Prime minister.

The Grandmaster's Palace, houses the offices of the President of the Republic. Built between the XVI and XVIII centuries as the Grandmaster’s Palace it is now also home to the Palace Armory.

Renzo Piano’s Parliament Building and City Gate. The City Gate, the entrance to Valletta, and nearby fortifications were resigned by Renzo Piano, and construction, together with that of the Parliament Building, completed in 2015. Piano, born in Italy, has designed signature buildings the world over. He takes credit for the Pompidou Centre in Paris and the Shard, London to mention just two.

A stroll along the streets of Valletta, early evenings when things are quieter, admiring the baroque buildings is very rewarding. A piece of advice – do look down every now and again to watch your steps (that’s from bitter experience).