Across Grand Harbour from Valletta are The Three Cities, Birgu, Bormla and L’Isla. The three maritime cities paid a pivotal role in the Great Siege of 1565. Suffice it to say that the Great Siege was all about the capture of the Three Cities. For four months, between 18th May and 8th September 1565 , they bore the brunt of the Ottoman bombardment which completely devastated the area. They were to witness another heavy bombardment, of a different type, in the Second Great Siege of Malta in World War II. The Great Siege also gave two of the Cities new names, while the old names are still in general use. Birgu became Vittoriosa, or Citta Vittoriosa, “The Victorious City”. L’Isla often referred to as Senglea, after the Grandmaster who built it, Claude de la Sengle, is very rarely called Citta Invicta, ”The Unconquered City”, a name bestowed on it by Grandmaster de Valette, of Great Siege fame. Bormla was renamed Citta Cospicua by Grandmaster Zondadari in recognition of its strong fortifications.

The area occupied by The Three Cities is often referred to collectively as Cottonera, after Grandmaster Nicolas Cotoner, who commenced the construction of the Cottonera Lines in 1670. The fortifications surround The Three Cities and protect the harbour from invaders. 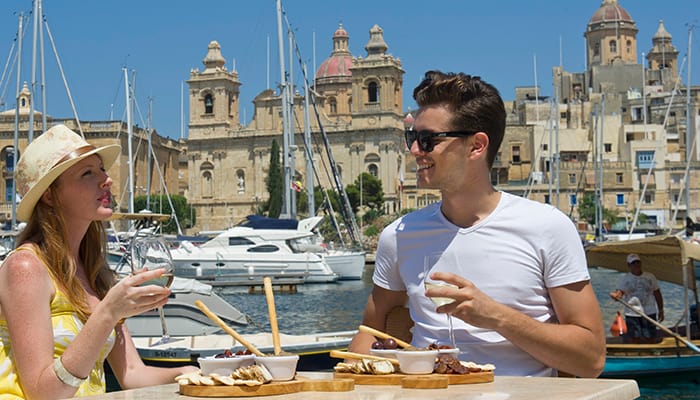 Birgu, a picturesque maritime town if ever there was one, is actually built on an island and only became a peninsula stretching into the harbour when it was joined to Bormla by a bridge early on in the times of the Knights. Like Bormla it dates back to Phoenician times. From 1530, when the Knights arrived in Malta, until Valletta was built, Birgu was the de facto capital of Malta as far as the Knights were concerned.

Bormla is best known for its dockyard that played such an important role, not only in the history of Malta, but also that of the Mediterranean.

One may be forgiven for forgetting that there was a time, early 20th century, when L’Isla was home to Malta’s elite and intelligentsia.

Take a peaceful stroll along the Waterfront, the berthing place of stylish yachts and super yachts. Stop at one of the many cafes or restaurants and enjoy a magnificent view of Senglea just across the water.

This is a most welcoming museum, with just the right number of displays to allow you to take it all in without being overwhelmed. Really worth it. 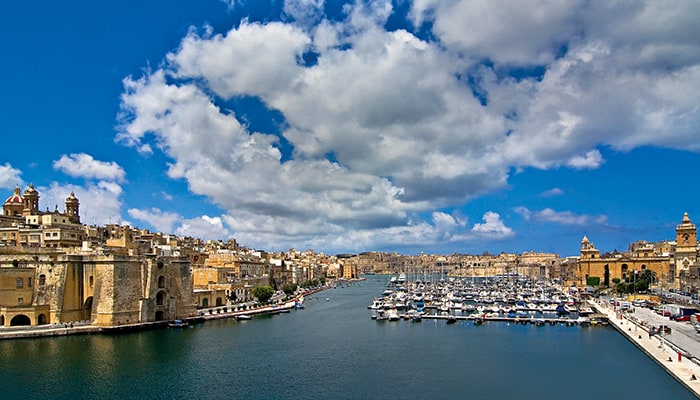 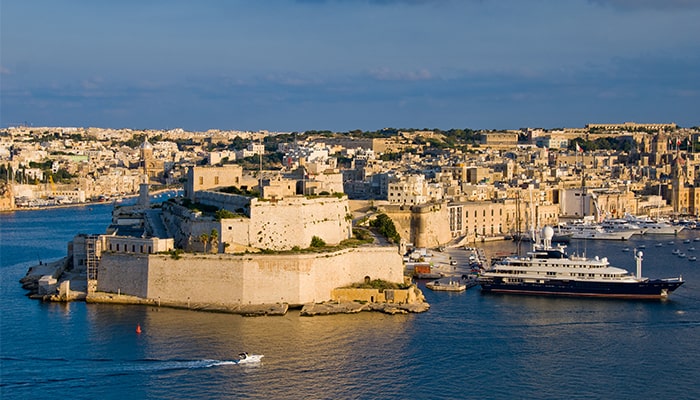 Occupying the very end of the Birgu peninsula, Fort St Angelo juts out assertively into Grand Harbour. The origins are lost in prehistory, in medieval times it was known as Castrum Maris, “Castle by the Sea”. As far as the Knights of Malta are concerned the Fort has made a full circle. The official residence of the Grandmaster when the Knights resided in Birgu, it was the Order’s administrative centre and Headquarters during the Siege. This “Stone Frigate”, as the British called it was officially HMS St Angelo and the base of the Royal Navy’s Mediterranean Fleet. In 1998 a part of the Fort, including the Grandmaster’s House was leased to the Sovereign Military Order of Malta – full circle. You will enjoy every second of your visit.