Scientific evidence, including radiocarbon dating, has established that the Maltese islands were first inhabited in the early Neolithic period, around 5900 BC, earliest evidence of human settlement was discovered at Ghar Dalam. A sophisticated Temple Culture evolved some 18 centuries later. The period between 4100 BC and 2500 BC came to be known as the Temple Period and led to the building of Malta’s Megalithic Temples, the world’s oldest free-standing structures and places of worship. The oldest Pyramid in Egypt is believed to have been built in 2630 BC, Stonehenge dates from between 3000 and 2000 BC. There are, apart from other Neolithic sites, some twenty temple complexes in Malta, six of them UNESCO World Heritage Sites.

Ggantija , in Gozo, dates from 3600 BC. Ggantija is derived from the Maltese word for giant – “Gigant”. The stones are massive, our forefather concluded that the temples were built by giants. There are in fact two adjacent temples at Ggantija, the older one to the south is better preserved.

Ta Hagrat , is close to the town of Mgarr and consequently referred to colloquially as Mgarr Temple. It is a complex of two temples, one built between 3800 and 3600 BC the other between 3600 and 3000 BC. There is evidence that a village preceded the temple by centuries.

Hagar Qim and Mnajdra, are two distinct temples just 500 meters apart with Hagar Qim standing on a ridge with the Mediterranean in the distance and Mnajdra sitting in a low lying area. They are probably the most frequented temples on the island, especially during the equinoxe, around 20th March and the solstice around 21st June when one can witness astronomical phenomena.

Skorba. It is believed that the earliest inhabitants of the Maltese island made their way to Skorba and lived in a village occupying the site where the temple was built some 12 centuries later. Domestic material from the Neolithic period has been excavated from the area and carbon dated to 4850 BC.

Tarxien. While the earliest temple in the Tarxien Temple Complex around 3600 BC, the last one dates from around 3150 BC, the Complex remained in use until 2500 BC. This is undoubtedly the peak of the temple culture and civilisation with multiple examples of the finest Megalithic Art.

The Hypogeum of Hal-Saflieni. This subterranean complex is not a temple but a sanctuary and burial ground, built during the Temple Period, around 3300 and 3000 BC and believed to have remained in use until about 2500 BC. The chambers are arraigned in an intricate pattern to allow light to reach the chambers below. The heart of the sanctuary is the “Holy of Holies”, during the winter solstice, the shortest day of the year, light penetrates the chamber from an opening above. 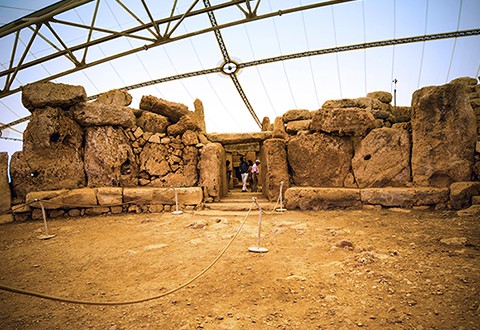 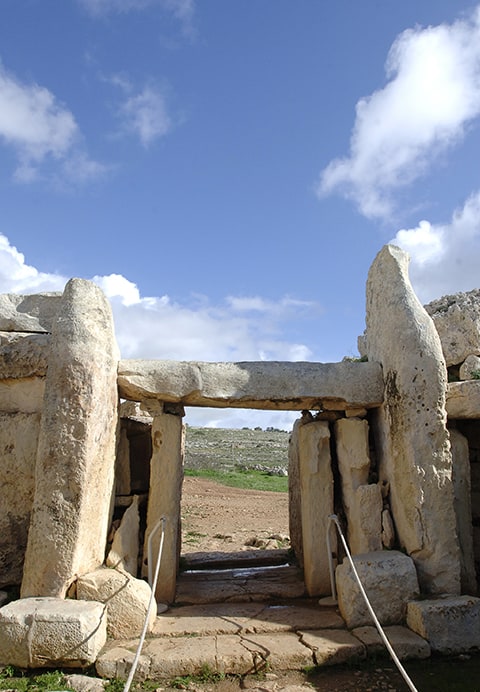