Mdina, derived from the Arabic, Medina, was Malta’s Capital City up until the founding of Valletta in 1566. The city’s origins date back to the VIII century BC. Built on a plateau for reasons of defence, it now has a population of some 300 hence “the Silent City”, home to the Maltese aristocracy and consequently adorned with beautiful baroque palaces lining its quaint narrow streets.

One of Europe best examples of a medieval walled city, it has retained its preeminence over Valletta in religious matters. St Paul’s Cathedral is Malta’s Catholic Cathedral, Valletta can only boast of a Co-cathedral, that of St John. The Archbishop’s official residence is his palace in Mdina. 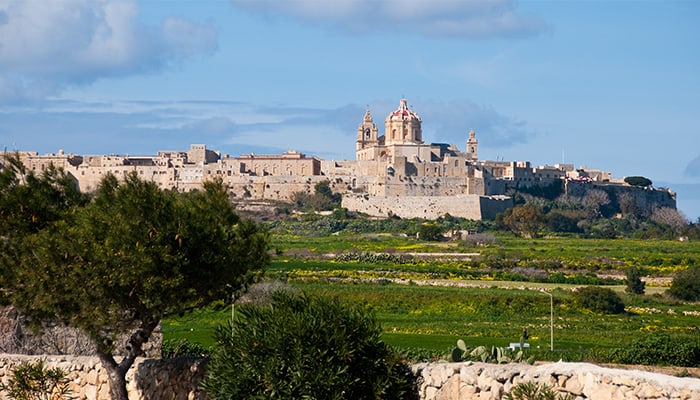 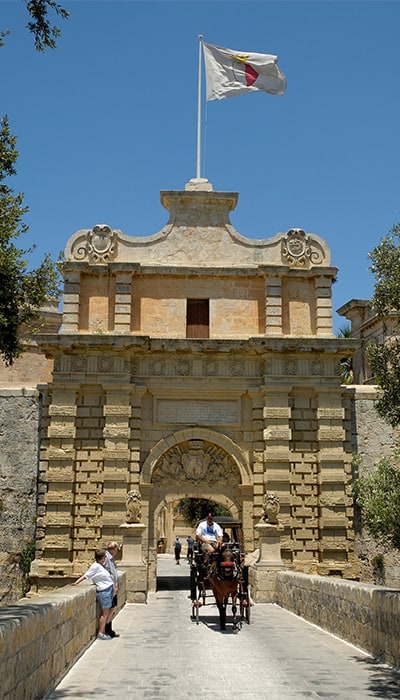 Mdina played its part in the Great Siege of 1565, it fought off the Ottoman’s attempt to besiege it. It proved its historical military worth again with the uprising against the French occupation in 1798 which was to lead, two years down the line, with the beginning 200 years of British rule in Malta.

You get a panoramic view of the whole of Malta and beyond to the Mediterranean Sea – an absolute must. On a bright winter’s day, with a northerly wind blowing you might just get a glimpse of Sicily and Mount Etna.

Rebuilt after the original building was demolished during 1693 earthquake that devastated Sicily, it is the finest example of baroque architecture from the foremost architect, Lorenzo Gafa who embellished Malta and Gozo with many fine churches we so take for granted.

For a display of some of Malta’s leading artists visit this church and enjoy some of the works of Stefano Erardi, Giuseppe Calì and Michele Bellanti not to mention il Calabrese, Mattia Preti.

The Museum houses a superb collection by the 15th century German artist Albrecht Durer. By all means take a guided tour of Mdina, but leave time for another visit in the company of a one or two other people. It is the only way to appreciate and do justice to the “Silent City”.

Rabat is very much part of Malta’s great historical heritage. The name is derived from the Arabic for suburb – the suburb of Mdina. During the Roman period a large chunk of what is now Rabat was in fact Mdina. With a population in excess of 11,000 Rabat is an important market town in its own right; it just happens to be steeped in history.

When the Apostle of the Gentiles, St Paul was shipwrecked in Malta in 60 AD, he was welcomed to Mdina by the Roman Governor, Publius who, together with the Maltese converted to Christianity, was anointed the first Bishop of Malta. St Paul lived in Rabat, in what is today St Paul’s Grotto. Tradition has it that in subsequent years St Publius left Mdina to become Bishop of Athens.

The National Archives of Malta are to be found in Rabat at what was the Santo Spirito Hospital. 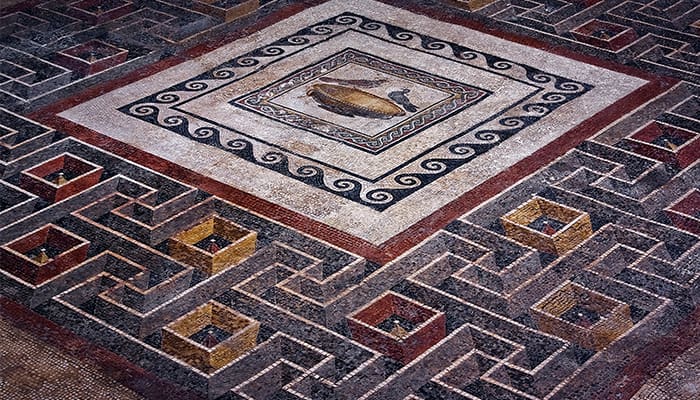 Known colloquially as The Roman Villa, it was built as an aristocratic town house in the 1st century BC in what is now Rabat, but was then Mdina,. The Domus is best known for its world renowned mosaics depicting mythological scenes.

The Grotto, where St Paul lived during his 3 months stay in Malta on his way to Rome and eventual martyrdom, saw the birth of Christianity in Malta.

Originally from the Phoenician-Punic period, this is largely an early Christian cemetery, there is however evidence of Pagan and Jewish burials. In Phoenician and Roman times, it was considered unhygienic to have burial grounds in town, hence these catacombs were to be found outside the city walls of Mdina.

A few minutes in the Dominican Cloisters for the true meaning of tranquillity in an urban setting. 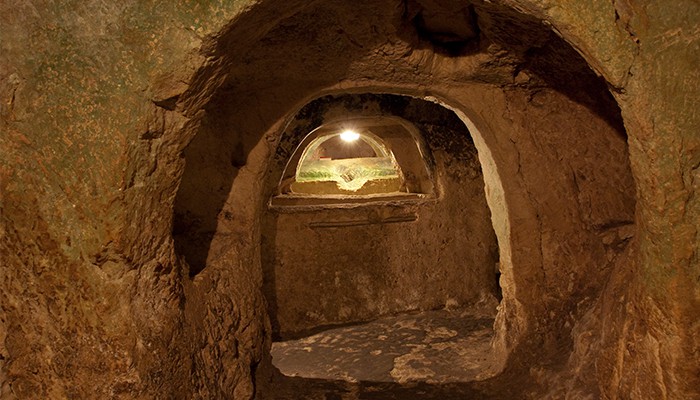