Virtu Ferries is owned by Virtu Holdings, a 100% Maltese holding company of a family owned ship owning group which has, overtime, diversified into other business interests including other maritime related activities, the hospitality industry, tourism and real estate. Virtu Properties, a 100% subsidiary of Virtu Holdings has a portfolio of commercial, industrial and residential properties in some of Malta’s prime sites. Virtu have a 22% holding in Malta’s leading 5 Star Deluxe hotel, The Westin Dragonara Resort, operated by the world’s largest international hotel chain, Marriott International.

Virtu Holdings saw its origins as a ship owning company in 1945 operating cargo vessels between the Mediterranean and northern European ports. In the early 1980s, in partnership with Italian and Norwegian interests, the company owned and managed a fleet of oil tankers in the Arabian Gulf and traded in petroleum, including salvage of off-specification products from Iraq/Iran war casualties. The company was the operator, on behalf of the Government of Dubai, of the Dubai Dry Docks Tank Cleaning Facilities.

Virtu Ferries provides a High Speed Passenger / Car Ferry Service between Malta and Sicily. This service is currently operated by M/V Saint John Paul II, capacity 900 passengers and 167cars or 23 heavy commercial vehicles. The vessel joined the Virtu fleet in March 2019 from shipbuilders Incat of Tasmania. Currently the Company carries over 300,000 passengers and 70,000 vehicles annually on this route. 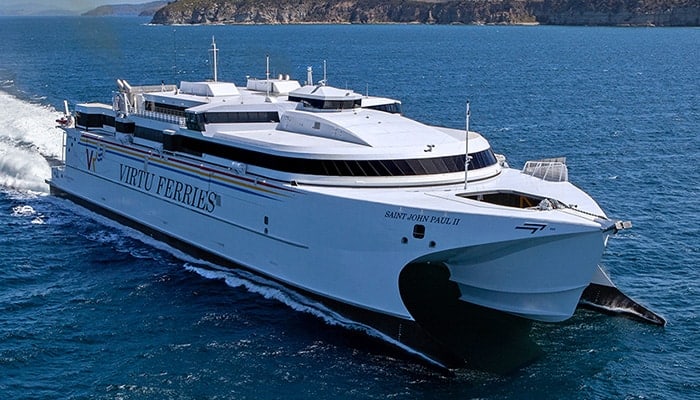 The route was previously operated by M/V Jean De La Valette, delivered to Virtu by shipbuilders Austal Ships of Western Australia, capacity 800 passengers and 156 cars. The vessel is currently deployed, on behalf of the Government of Trinidad and Tobago, after an international call, on a route between the main island of Trinidad and the sister island of Tobago.

A schedule of just over 1000 round trips per year provide for year-round Day Return Excursions to Sicily from Malta and similar seasonal excursions to Malta from Sicily; these excursions, of ever increasing popularity, have turned Malta and Sicily into two-point tourist destinations. Significantly the schedule also caters for niche commercial markets with a daily interchange of fresh agricultural and dairy products and fish between the two islands. Saint John Paul II and Jean De La Valette before her have revolutionized transport, and consequently trade, between these two Mediterranean islands. 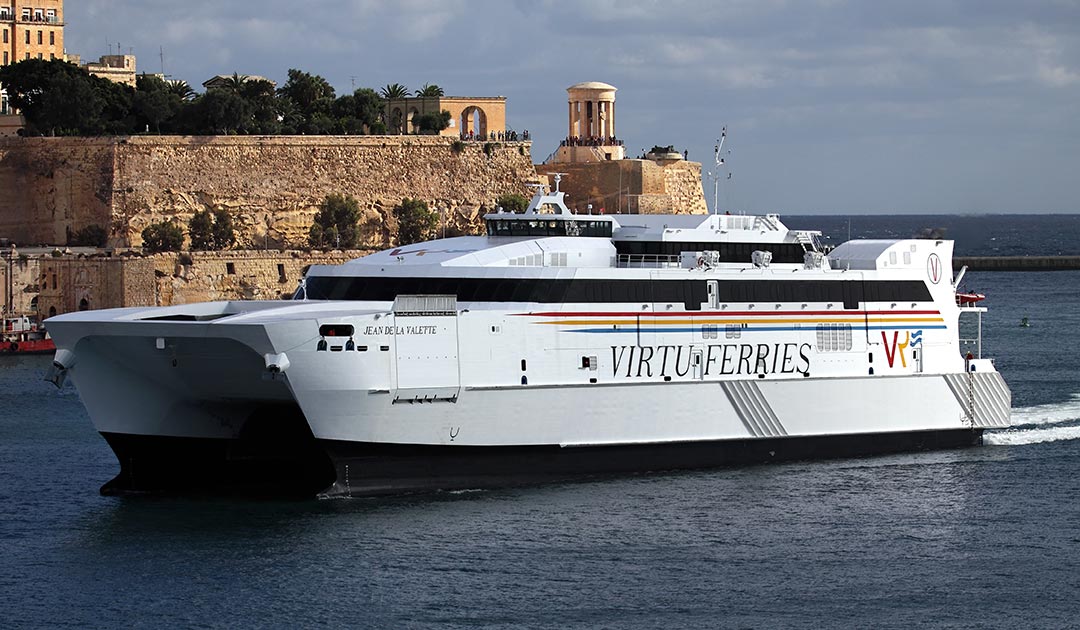 Venezia Lines has been operating a seasonal High speed passenger ferry service between Venice and Adriatic ports in Croatia and Slovenia since 2003. This service is operated by ACC San Frangisk, capacity 330 passengers, delivered from builders Brodrene Aa in 1990 and her sister vessel ACC San Pawl. The company is the leading high speed ferry operator in the North Adriatic covering the ports of Venice, Porec, Pula, Roving and Piran. This service, operational between April and October, provides visitors to the Istria Peninsula with the opportunity of visiting Venice on one of the company’s increasingly popular Day-Return Excursions; the Company is major operator on the seasonal One Way Market.

HH Pope John Paul II was Virtu’s guest on board San Frangisk on the round trip Grand Harbour Valletta – Gozo, during his official visit to Malta in 1990. In 2010 HH Pope Benedict XVI boarded San Pawl for the Grand Harbour crossing, the climax of his visit to Malta.